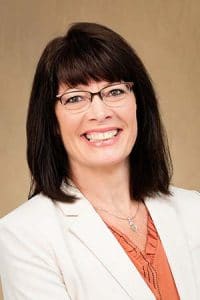 Since completion of her term in the military she has worked her way down the East coast by first working at Christopher Newport University and then Virginia Wesleyan College as Assistant to and proctor for Professors in the departments assigned to her.  She then relocated to Chesapeake, Virginia and took the position of Office Manager/Payroll Director for Hydro-Pure Water Treatment Systems until relocating once again to North Carolina.  There she was the Office Manager of Onslow Memorial Park in Jacksonville, NC before her final relocation to Tallahassee, Florida.

Her career as a paralegal began after arriving in Tallahassee, Florida where she first worked for a worker’s compensation attorney. After that position, she transitioned to a new firm where she worked primarily in family and criminal law. It was in this position that she discovered her interest in family law. In January 2013, Colleen began working at Thompson, Crawford, Brown & Smiley for Attorney Scott W. Smiley as his paralegal.  It is here that she developed her niche working with families during some of their most difficult and trying times.

A resident of Tallahassee, Colleen is not only the proud mother of a grown daughter and two stepsons, she is also an active member of Junior Women’s Club of Midtown (JWCM). Additionally, she regularly participates in the Breast Cancer Awareness, Aids Fundraising and St. Jude walk/runs. 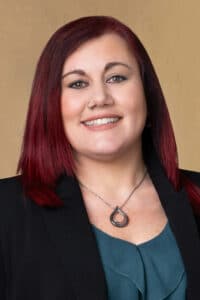 After graduation, Rebecca started her legal career in Destin, Florida at Miller, Ansley & Stewart, P.A. as a Paralegal. Her work centered on criminal defense with knowledge and skills branching into family law, probate, estate planning, guardianships, and wills & trusts.

Rebecca was an Office Manager and Paralegal at Stewart Law Firm in Crestview, Florida from 2009 through 2013. While at the Stewart Law Firm, she gained extensive knowledge in criminal defense, estate planning, wills, trusts and business law, as well as, training staff and running the daily functions of the firm.

Rebecca moved to Tallahassee, Florida in 2014 and started working with the Leon County Clerk of Court serving the public, law enforcement, attorneys, judges and the Clerk. Rebecca’s duties focused on processing all pleadings, warrants and a variety of other incoming documents related to criminal proceedings.

When she is not busy at Thompson, Crawford, Brown & Smiley, Rebecca enjoys spending time with her Golden Doodle, Biscuit, her children, and relaxing at the beach. 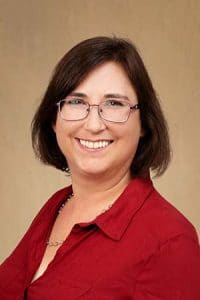 Karen K. Marsh is originally from the Hudson Valley region of New York State.  She graduated from the State University of New York College at Oswego with a B.A. in English Literature and Philosophy.   In 1995, Karen made the move to Tallahassee and is now proud to call it her home.

While working on class action suits, Karen realized that contact with clients and personal interaction was something that she wanted to do more of. This realization led Karen to Thompson, Crawford, Brown & Smiley where she is the paralegal for Mr. Crawford and Ms. Bennett.

Karen has a 13-year-old daughter and has been happily married for 15 years.  She has two dogs and a cat.  She is an active member of Springtime Tallahassee.  A favorite past time of hers is reading on a rainy afternoon with an animal or two on her lap. 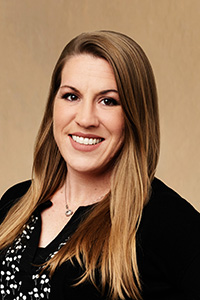 Rachel is a Florida native and was raised in Tallahassee since the age of 3. She attended Lincoln High School and furthered her education in General Studies at Tallahassee Community College. In 2009, Rachel joined the United States Army, specializing in Logistics and Administrative Operations. This took her to much colder climates, including Colorado and Wisconsin (Go Pack!). She is glad to be back at home in the Sunshine State!

Before coming to Thompson, Crawford, Brown & Smiley, Rachel started as a legal receptionist in a small private practice that focused on personal injury, insurance, and medical malpractice. She was promoted to a Legal Assistant and discovered a passion for family law. Rachel strives to learn more every day to assist our attorneys and paralegals in helping our clients.

When she’s not at TCBS, Rachel enjoys spending time with her two children, Brandon and Ava, and her two dogs, Knox and Karma. In her free time, you can probably find her at the beach, on the couch watching crime documentaries, or in her garage crafting. 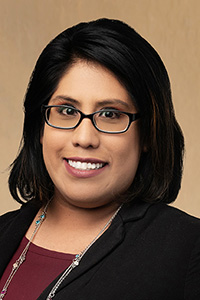 Elizabeth was born in McAllen, Texas but raised in Tallahassee, FL since she was 5. She graduated from Godby High School. After high school, Elizabeth focused on interior decorator and private investigations. Elizabeth moved to Los Angeles for a few years where she welcomed her children, Alexander-Magnus and Genesis-Nathalie Castro, into the world. Elizabeth then moved back to Florida with her family and has been here ever since!

Elizabeth became the receptionist at Thompson, Crawford, Brown & Smiley in 2021. Since joining the firm, Elizabeth has enjoyed interacting with clients and learning about the legal process. She has an interest in expanding her legal career and becoming a legal assistant someday.

When Elizabeth isn’t traveling, she enjoys spending quality time with her kids either crafting or watching them play sports. You may also see her around Tallahassee volunteering for special needs organizations and the elderly community.